Train, a rock band, will play a free concert outside Lambeau Field on the home opener weekend for the Packers.

GREEN BAY—There will be a sing-along of “Meet Virginia” outside Lambeau Field on Saturday night before the Green Bay Packers’ home opener this season. Train will play the team’s free annual Kickoff Weekend concert at 5 p.m. on September 17, the day before the Packers play the Chicago Bears at Lambeau on Sunday night.

The stage will be set up in the parking lot on the northwest side of the stadium. This is a first for the Kickoff Weekend concerts, which have always been on the east side of Lambeau near Oneida Street.

On a first-come, first-served basis, parking will be free in the Lambeau lots. People can bring blankets and chairs if they want to. Food and drinks will be sold in the Lambeau parking lot and across Ridge Road in the Titletown District. 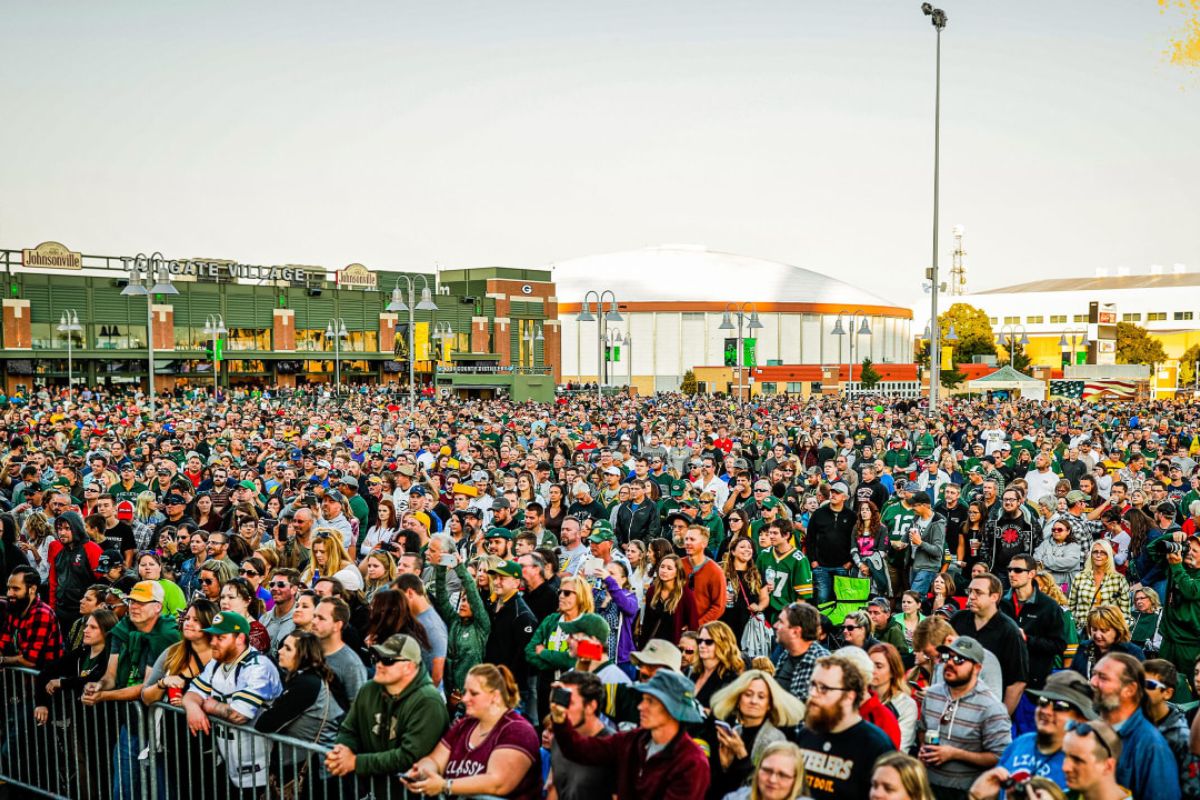 Train, a pop/rock band led by Pat Monahan that won a Grammy, first became popular with the single “Meet Virginia” from its self-titled album in 1998. The group’s catchy radio hits continued through 2015 with songs like “Drops of Jupiter (Tell Me),” “Calling All Angels,” “Hey, Soul Sister,” “Marry Me,” and “Drive By.”

As part of their home opener celebrations, the Packers will host their fifth Kickoff Weekend concert. In 2017, Blues Traveler and Everclear were both rock bands that played. As part of the team’s 100th season celebration in 2018, a huge crowd went to a concert by Milwaukee native and Rock and Roll Hall of Famer Steve Miller. Cowboy Troy joined Big & Rich in 2019. Last year, country singer Jake Owen’s concert had a beach bum vibe.

Because of the COVID-19 pandemic, there were no Kickoff Weekend events in 2020.

On home opener weekend, Train won’t be the only big concert. As part of his The Middle of Somewhere Tour, country star Luke Combs will play back-to-back shows at the nearby Resch Center on September 16 and 17 at 7 p.m. When tickets went on sale in May, they were gone in about an hour. Each night, 8,000 to 10,000 people were expected.

On September 17, people going to a concert can expect a lot of traffic, a rush for parking, and busy bars and restaurants in the stadium district.