This story has gruesome parts, so read it at your own risk. Jeffrey Dahmer is considered one of the most horrible serial killers in the United States. When he finally admitted to raping, killing, dismembering, and eating several of his victims, he was given 15 consecutive life sentences in 1996. However, he only lived to serve three years.  How did Jeffrey Dahmer die? Since Jeffrey Dahmer didn’t get the death penalty for his horrible crimes, you might wonder how he died.

The Netflix documentary series Conversations with a Killer: The Jeffrey Dahmer Tapes is based on his story. Evan Peters (American Horror Story) plays Dahmer in the Netflix drama Monster: The Jeffrey Dahmer Story. The second one looks at this horrible person from the point of view of the people hurt by him and the racist and systemic problems “that allowed one of America’s most notorious serial killers to continue his killing spree in plain sight for over a decade.”

Dahmer, also known as the Milwaukee Cannibal, stayed free for 13 years after killing his first person, Steven Hicks, in 1978. Still, let’s talk about how Jeffrey Dahmer died and if his victims’ families felt justice was done.

How Did Jeffrey Dahmer Die?

How did Jeffey Dahmer die? Christopher Scarver, also in prison, beat Dahmer to death on November 28, 1994. Both men lived at the Wisconsin Columbia Correctional Facility. Wisconsin was the first state to eliminate the death penalty in 1853. Even though Dahmer did terrible things, he didn’t get the death penalty, even though he wanted to die.

Scarver came to the prison around the same time as Dahmer in 1992. He was there to serve a 25-year sentence for an armed robbery that turned into a murder. The safety of the serial killer was a big worry for the prison staff. The New York Times said Dahmer’s first year in prison was spent in protective isolation.

As one of the most well-known killers in the state, authorities thought that killing him could give a prisoner an “honored place in the prison world.” Later, the authorities decided he was safe to be with the other 622 prisoners. In July of 1992, a person tried to kill Dahmer. An inmate made a plastic knife and tried to cut Dahmer’s throat with it, but it didn’t work. No one was hurt, and the prison staff thought it was a one-time thing.

Dahmer offended other convicts. Scarver says the serial killer made jail food seem like severed limbs, dripping ketchup to look like blood. Scarver told the New York Post in 2015, “He positioned them where people were.” “He crossed the line with prisoners and personnel. He wasn’t one of the repentant prisoners.

Scarver avoided Dahmer but always carried a news clipping about the cannibal’s exploits. When Scarver suspected Dahmer nudged him, he snapped. He grabbed a weight room bar and confronted Dahmer. “I asked him about it because I was disgusted. shocked, Scarver said, “Yes.” “He quickly looked for the door.” He was prevented. Two blows to Dahmer’s head were enough. Dahmer died an hour after arriving at the hospital from a crushed skull. 34-year-old “He died.” Scarver: “I put his head down.”

If you find this article interesting then we have bought you some articles which you may also like:

Rita Isbell, sister of Dahmer’s last victim Errol Lindsey, expected his death in prison. The New York Times stated she received phone calls from guys purporting to be prison prisoners saying Dahmer would “be taken care of.” “You don’t know me,” callers told her. I’m with Dahmer. Relax. “We’ll handle it.” “I didn’t want it this way, but Jeffrey tore my family apart,” she said.

How Was Jeffrey Dahmer Caught?

Jeffrey Dahmer was arrested in 1996 after offering three men $100 for nude photos. Tracy Edwards, 32, agreed, and when he arrived at Dahmer’s flat, he detected a horrible odor and boxes of hydrochloric acid. Dahmer just handcuffed one of Edwards’ wrists and told him to pose nude. Edwards escaped after five agonizing hours by claiming to need the bathroom and punching Dahmer when he was unguarded. Edwards said police a “freak” stabbed him.

Edwards accompanied the officers to Dahmer’s flat, where they found Polaroids of human bodies and decapitated heads in the refrigerator. One officer told the other, “These are real.” Dahmer attacked the officer and tried to resist arrest, but he was subdued. He reportedly said, “For what I did, I should be dead,” when pinned to the floor.

Milwaukee’s Criminal Investigation Bureau found four decapitated heads in the kitchen, seven skulls in Dahmer’s bedroom, blood drippings in the refrigerator, and two human hearts. His freezer included a torso and other horrible items. Chief medical examiner: “It was more like deconstructing a museum than a crime scene. 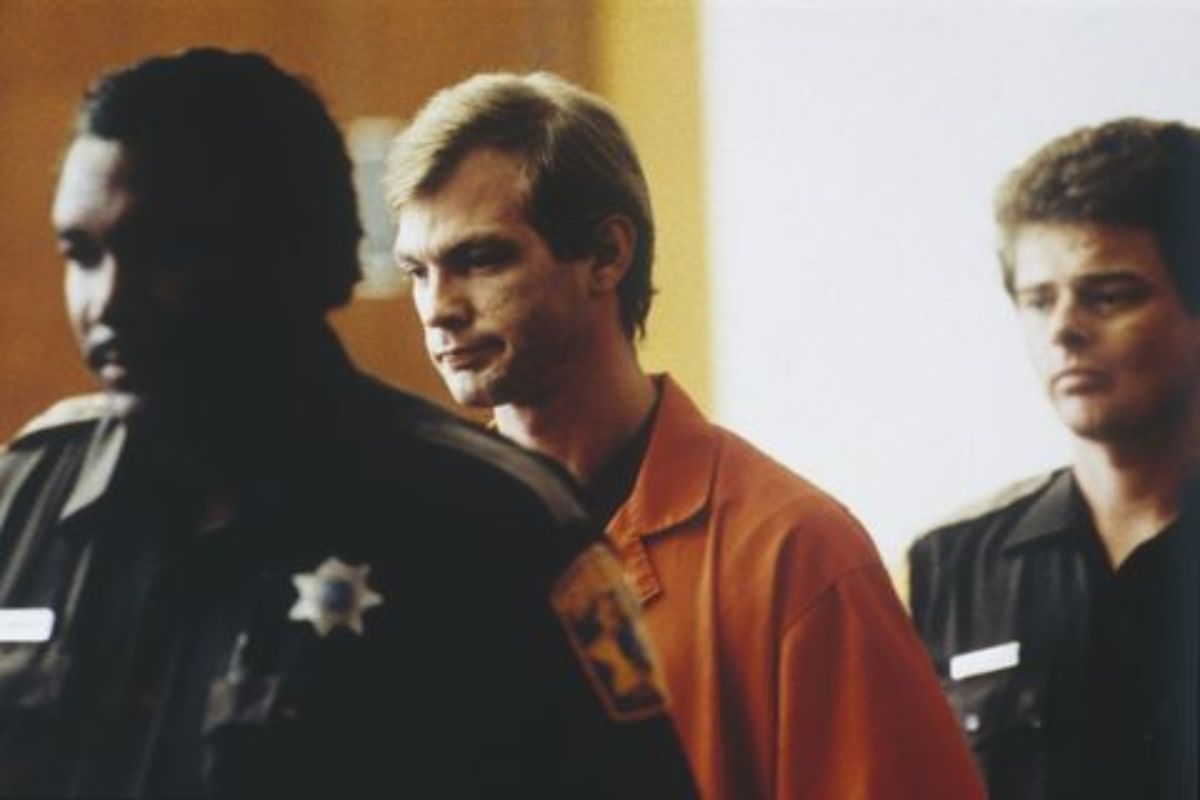 Jeffrey Dahmer confessed to killing 17 youths and men. After his arrest, Dahmer was interrogated for approximately 60 hours without representation. Dahmer explained his actions to Inside Edition in 1993. “I had compulsive wants and fantasies of controlling [my victims],” he stated. The reporter asked, “So you killed them?” “Right, not because I was angry or loathed them, but because I wanted them around. I started saving skulls and skeletons as my passion expanded.

Dahmer pled not guilty to 15 charges of murder on September 10, 1991, but altered his plea to guilty but insane in January 1992, eliminating the necessity for a criminal trial. Unlike criminal cases, a decision wasn’t unanimous. For a guilty finding, 10 of 12 jurors must agree on the defendant’s mental condition. “Dr. Holly Schiff told A&E True Crime that Dahmer stated he recognized his behaviors were wrong. Thus the question was whether he could control himself.

By pleading insanity, “Dahmer had to convince 10 of 12 jurors that he was insane throughout the killings.” Jurors heard about Dahmer’s atrocities and victims’ families for three weeks. Dahmer told the court he wished he might be executed for the “holocaust” he caused after receiving 15 consecutive life sentences, the maximum penalty Judge Laurence C. Gram Jr. of Milwaukee County Circuit Court could award, according to the New York Times. Christopher Scarver’s wish was granted.

In this post, we talked about how did Jeffrey Dahmer die? I hope you like our article. If so, please share your wise thoughts in our comments section. Add Journalistpr.com to your bookmarks as well for more of these updates.