In its long answer to the UK agency’s report, Microsoft points out how weak it is compared to Sony. Xbox has come up with a new way to defend its purchase of Activision Blizzard, which is still going through various regulatory bodies around the world: making fun of itself.

In response to concerns raised by the UK’s Competition and Markets Authority [CMA], Microsoft sent a lengthy statement to GamesIndustry.biz calling the criticism “unsupported” and pointing to the fact that PlayStation is the market leader as a reason why.

Microsoft said in a statement that it didn’t believe that the third-largest provider could shut down the current market leader, who has unique and long-lasting market power, just because it lost access to one title.

Compared To Other Major Acquisitions, The Activision Blizzard Deal Is A Big One

You can also read about these interesting games:

According to a statement released by Microsoft, “In short, Sony is not susceptible to a hypothetical foreclosure strategy, and the Referral Decision incorrectly relies on self-serving statements by Sony that significantly exaggerate the importance of Call of Duty to it and neglect to account for Sony’s clear ability to respond competitively.”

In response to the concerns raised by the CMA regarding the streaming market, Microsoft has stated that it possesses “no advantage.” On the other hand, Xbox has indicated a “number of significant disadvantages” compared to other competitors due to the relatively limited platform support for Xbox Cloud Gaming.

The corporation also claims that the rate of adoption of streaming video games is relatively low and that attempting to undermine the market in any way will only negatively impact the company’s products in the long run.

Microsoft isn’t happy with the UK’s CMA regulator over its Activision Blizzard acquisition comments. It describes the regulator’s concerns as “misplaced” and that it “adopts Sony’s complaints without considering the potential harm to consumers” 👀 🧵 1/3 pic.twitter.com/nIWuVqyvSW

According to the statement, “Xbox, as a platform which is in last place in console, seventh place in PC, and nowhere in mobile game distribution globally, has no incentive to do this.” Instead, “Xbox’s incentive is to encourage the widespread adoption of cloud gaming technologies by as many providers as possible to encourage the major shift in consumer behavior required for cloud gaming to succeed.”

As Tom Warren of The Verge pointed out, Xbox has also asserted that Sony “had opted to restrict Game Pass from PlayStation” to safeguard its first-party games. This observation supported Xbox’s assertion.

Throughout its response, Xbox highlights Sony’s power in the market while positioning itself as a weaker competitor. Sony’s status as the market leader is emphasized. Even going so far as to open a website touting the benefits of the acquisition, it’s all a part of a significant effort to influence public opinion on the purchase, which will add World of Warcraft, Call of Duty, and other major franchises to a stable that already includes the likes of Halo, Fallout, and Skyrim.

All of this is a part of a more significant attempt to influence public opinion on the acquisition, which will add World of Warcraft, Call of Duty, and other influential franchises. In response, Sony has criticized the acquisition, claiming it will have “huge negative ramifications for gamers” while praising the CMA.

The full text of the CMA’s first report, which Xbox responded to, came out today. The CMA says it worries that if Microsoft buys an Activision Blizzard-sized third-party company, it will hurt the PlayStation brand.

Along with the possibility that Activision Blizzard games like Call of Duty could only be played on Xbox and Windows, the CMA says that having these games only on Microsoft services like Xbox Cloud Gaming could have the same effect on Amazon and Nvidia, which also offer video game streaming services. 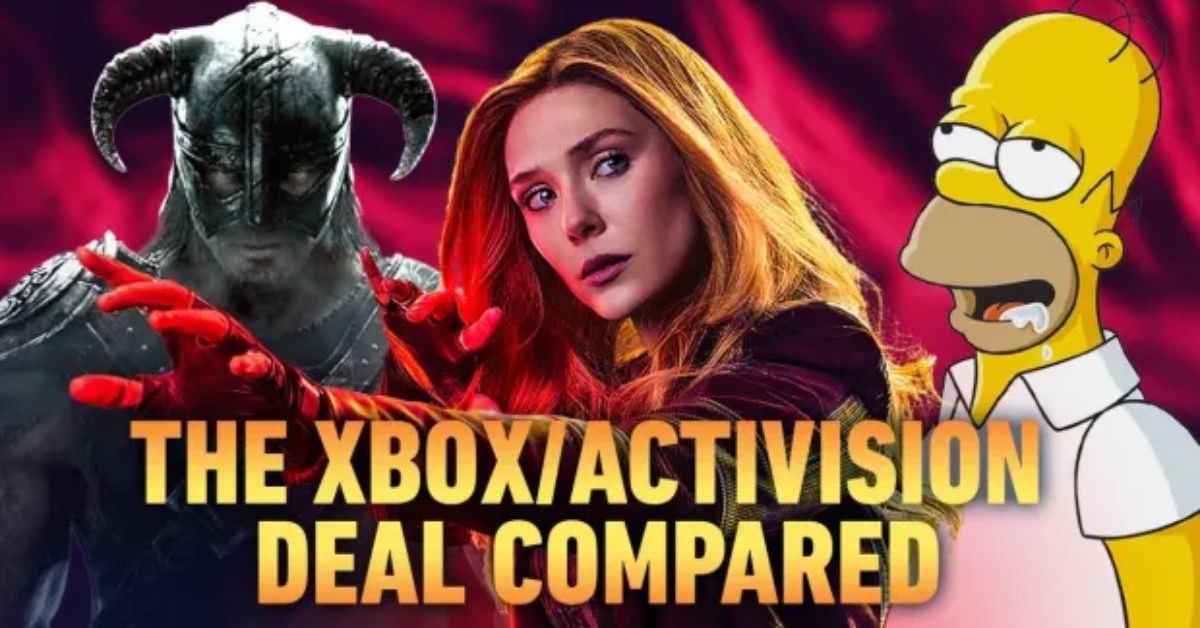 “The CMA is worried that having complete control over this robust catalog, especially given Microsoft’s already strong position in gaming consoles, operating systems, and cloud infrastructure, could hurt consumers by hurting Sony’s ability to compete, which is Microsoft’s closest gaming rival, as well as the power of other existing competitors and potential new entrants who could otherwise bring healthy competition through innovative multi-game subscriptions.

As of this writing, Activision Blizzard games are not exclusive to Xbox platforms and services, and Microsoft has said it plans to bring Call of Duty to PlayStation. But the CMA says this could change if Microsoft keeps investing money into and growing these businesses.

“The CMA knows that ABK’s newest games aren’t available on any subscription service on the day they come out, but they think that could change as subscription services grow. After the merger, Microsoft would control this important input and could use it to hurt the competitiveness of its rivals, “wrote the CMA.

The CMA’s investigation will continue until January when the second part of its findings will be made public. By March 1 of next year, the final report will be done.